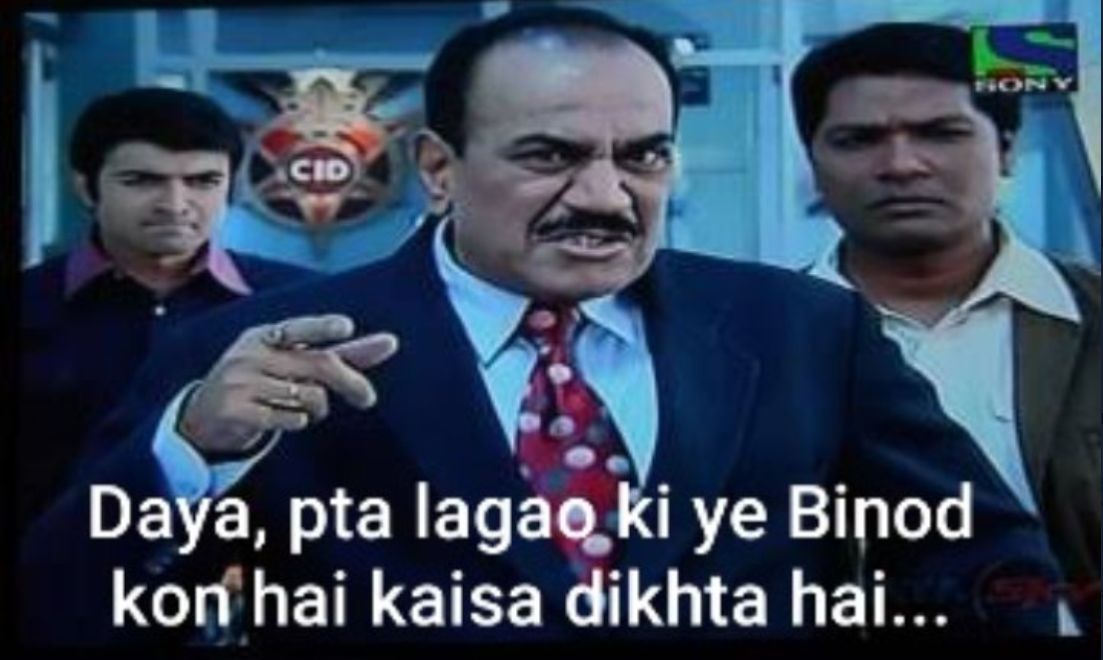 Everything began with a video put out by YouTube channel Slayy Point, where makers Abhyudaya and Gautami chose to investigate the comment section in one of their youtube videos. After that sarcastic video by slayy point, Binod has got its trend on various social media.

Contents show
1 Who is Binod? Origin of Viral Binod Memes
2 Who is Binod in Memes?
3 Mumbai Police On Binod
4 Paytm-Binod
5 Binod Vs. Pinku Kumar

Who is Binod? Origin of Viral Binod Memes

For getting a better idea about who is Binod? You should watch this video first. This video called “Why Indian Comments Section is Garbage (BINOD)” was uploaded by slayy point youtube channel on 15 July 2020. Soon after the release of this video various memes and tweets started to become viral on social media.

In the video, Abhyudaya discusses the amusing yet strange comment, that one has seen under any YouTube video in the nation or around the globe. This was the point at which he discussed a user named Binod Tharu who just commented ‘Binod‘ in the comment area.

That’s it. It was just his first name, nothing else!

Soon, after the buzz of this video and the comment “Binod”. People started thinking and wondering about the context and relevance of this comment. That made the Binod memes more viral.

Who is Binod in Memes?

Although it was just a random comment, but people find it funny and hilarious, hence making it viral and trending on all social media including twitter. A few days back the hashtag #binod was trending on twitter for many straight hours.

Not only people but various blue tick pages on twitter also found it funny and tweeted about Binod:-

Dear #binod , we hope your name is not your online password. It’s pretty viral, change it now! #OnlineSafety

It’s a very Irony situation that, people of Mumbai police are also taking so much interest in these useless viral trends. In light of the fact that they have so many cases of national importance are in hand and they are doing such childish activities.

The craze of Binod trend is not only limited to people. Giant tech companies like Paytm are not behind.

Recently, Paytm has changed its name to Binod after the request of a twitter user.

Nobody knows who ‘Binod’ is, yet everything on the web is only that. While that is the situation, on one hand, many are as yet confounded with regards to for what reason are desi netizens going ballistic over only a name? It isn’t the name of any superstar that individuals could discuss again and again.

Some additionally wonder about an individual with a similar name and how he would respond in the event that he at any point saw that his name has become a hotly debated issue for all the images on the web nowadays.

Obviously, the web has the ability to make pretty much anything circulate around the web surprisingly fast.

Another gentleman named pinku kumar also commented his name on the video. But, seems like Binod is winning over pinku kumar completely.

We live in a society where ;#BINOD pic.twitter.com/j3WzjDWNc9

Notwithstanding, before Binod images overwhelmed Twitter, it made a major buzz on Reddit, where a unique sub-Reddit bunch has been made devoted to such Binod memes.

Detecting an ideal situation for images and jokes, innovative personalities of Twitter got the chance and before long began sharing a wide range of remarks utilizing the name as the hashtag. To state that the posts are rib-tickling is putting it mildly. We have gathered a portion of the tweets for you, view yourself:

Here is a Twitter client who gave the most recent contort to a well-known scene from the film Avengers: Endgame highlighting the character of Iron Man.

So, Guys we seriously hope, you like these posts explaining Who is Binod? and the Origin of Viral Binod Memes. Feel free to also read our other hot posts on:-

Contents show
1 Who is Binod? Origin of Viral Binod Memes
2 Who is Binod in Memes?
3 Mumbai Police On Binod
4 Paytm-Binod
5 Binod Vs. Pinku Kumar