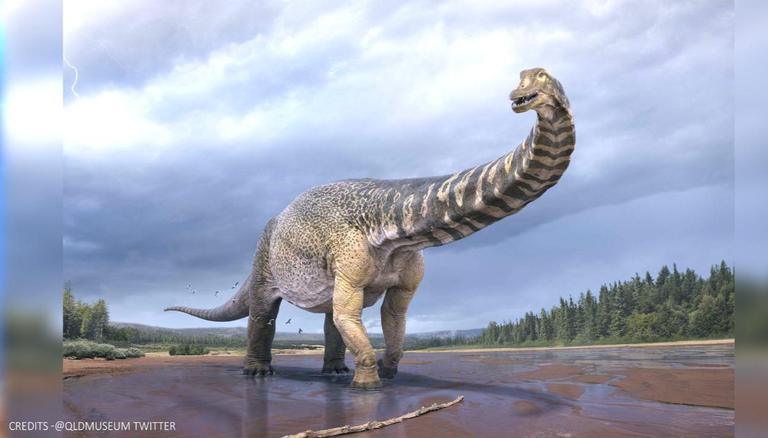 Australia largest dinosaur found and scientist named Cooper. Amazing thing is that its traversing is about 100 feet. By this, you can imagine its image in your mind. Its 5-6.5 metres (16-21 feet) height and 25-30 metres (82-98 feet) length make it Australia’s biggest dinosaur that can walk on the earth surface.

Amazing thing is that this huge dinosaur found in Australia nickname Cooper was kept after the name of Cooper Creek, one of the most famous rivers in Australia where it was first discovered by the Mackenzie property owners. After Finding ‘Cooper’ the lives of the Mackenzie family have ridiculously changed and have led to the establishment of the Eromanga Natural History Museum which was opened to the public in the year 2015. This is 3km south of the quaint township of Eromanga also called Australia’s newest dinosaur museum

For more than the past 15 years, experts and talented persons from the Eromanga Natural History Museum and Queensland Museum, with the cooperation of other geologists, paleontologists, and highly energetic volunteers, worked hard to identify these findings and confirm that it was indeed a unique species.

That has done many painstaking and harassing works like removing the large rock in which the bones had been entombed. After these all they finally got to this destination. And for this, they all be proud of them.

The titanosaur family part Australotitan cooperensis has reviled and gave the description after a long time of 15 years after its bones were first uncovered. The first part of this dinosaur fossil was found in the year 2006, but due to some reason, it kept secret from the public.

Robyn Mackenzie, present director of the Eromanga Natural History Museum also said that this huge dinosaur limb size also put this Australia’s largest dinosaur in the top five largest in the world. These are also the largest dinosaurs that ever walked on Earth.

After 2 years in the year 2005, it was the first time when it went for public display. But it was mostly kept secret. Australotitan cooperensis (Scientific name of this Australia largest dinosaur) first fossil is found in a farm owned by a private man situated about 1000Km (620 miles) west of Brisbane in the Eromanga Basin.

Recently Paleontologists have discovered the remaining part of this huge dinosaur in Australia. After many lab tests, 3D imaging, etc. Scientists now declared it as new species found in Australia. A project named Project DIG which is a mutual partnership between BHP and Queensland Museum that will scanned the whole collections of fossil dinosaur parts and digitized the whole research and made it open for worldwide people.

Wang Tao, Head of the Research Center of Lufeng City and Dinosaur Fossil Conservation said that this a very important national treasury.

Many other dinosaur skeletons and their fossils body parts have been also found. Scott Hocknull, Senior Curator in Geology and vertebrate paleontologist at the Queensland Museum in Brisbane also said that more work was needed as “discoveries like this are just the tip of the iceberg”. It means there are possibilities that more species can be discovered.